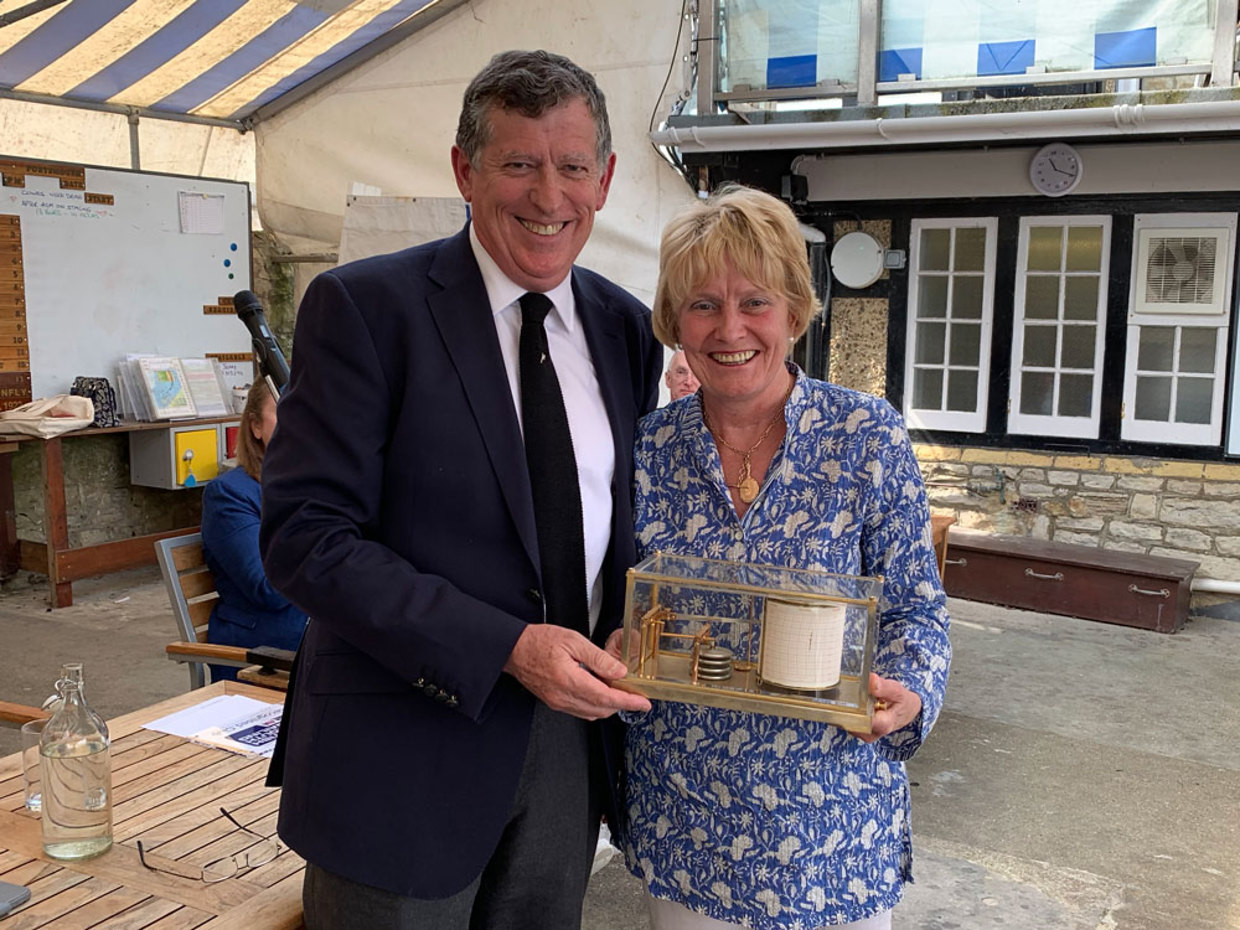 The Commodore awarded the Commodore's Trophy to Tim Wakefield which was accepted by Sue Wakefield, proud mother of the winner. This trophy is awarded to a member who has accomplished an outstanding achievement in waters outside those of Seaview. Although there were several very worthy contenders the trophy was awarded to Tim for paddle boarding across the English Channel. The AGM was attended by 111 voting members, 8 apologies were received. All the items on the agenda were carried unanimously. See AGM