A short history of the Sea View Yacht Club 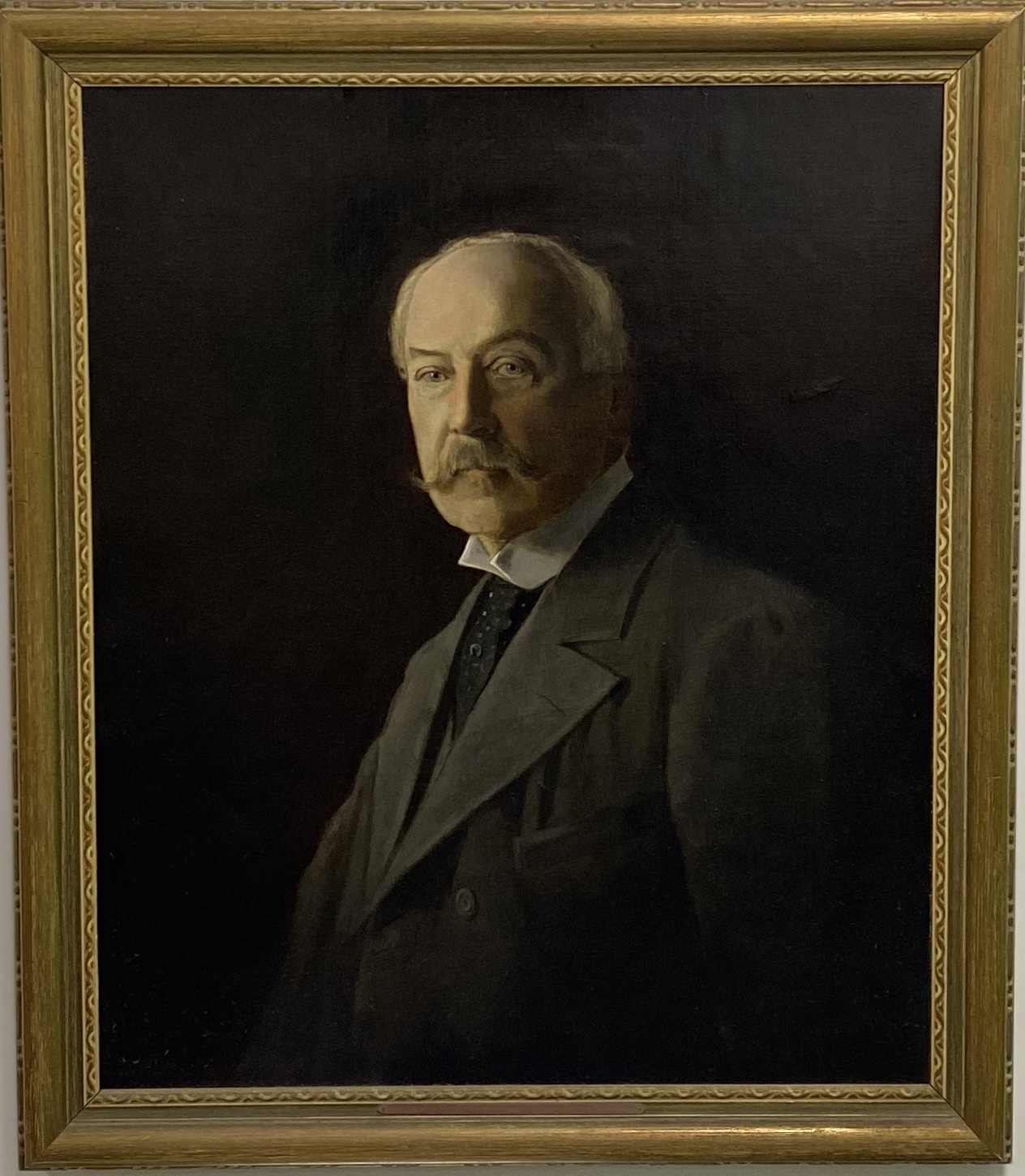 A short history of the Sea View Yacht Club

On February 27, 1893, a small handful of gentlemen met at Seagrove, the home of Mr W A Glynn, and under his chairmanship, it was resolved: To establish a sailing club in Sea View with the headquarters at the Pier Hotel. The group agreed a subscription of 1 guinea a year, or 10 guineas for a life membership, with a joining fee of 1 guinea to be levied after the first 40 members.

The original paperwork also includes this crucial clause: Such members as desire, might contribute to a boat fund, the sum of 5 guineas or an annual subscription of 1 guinea, and should then be allowed to use the boats attached to the Club free of charge. This extent of this visionary idea was never fully realised until after 1945, when the Club purchased the Mermaid Fleet from its pre-war owners and have used them as Club boats for the benefit of the members ever since.

Later that same year, the July 29 edition of the Isle of Wight County Press reported: The first races of the newly formed Sea View Sailing Club were started off the Pier in Seaview on Thursday, with the programme including 2½ Raters, 1 Raters & ½ Raters.

The Sea View Sailing Club chose two black Ss intertwined on a white background with a red border as its burgee. During and after the Second World War the committee came under some pressure to change the burgee, as it was often mistaken for the Swastika - and members no longer liked wearing their ties. This opposition has been resisted over the years and the original burgee remains in use in the present day.

In February 1895 - at a Special General Meeting - it was agreed to change the name of the Club to the Sea View Yacht Club. By January 1900, negotiations were underway with Mr Byron Caws for the Club to lease a property known then as Cliff Cottage, which sits approximately where the upstairs bar in the Club House is today. There was also discussion about leasing the adjoining property Miramar to the east but when these terms could not be agreed with Mr Caws, a sum of £50 a year was agreed for Cliff Cottage.

On 14th July 1900, the Isle of Wight County Press reported: The new Club House at Sea View will be opened at the end of the month. By this date, there were 94 members of the Sea View Yacht Club.

The first appearance of a Seaview clinker-built boat was in 1901. These Ark Class 15-footers had half decks and were gaff-rigged with a bowsprit. The eight boats were owned by members, sailing until 1907 when the Mermaid Class was born.

In August 1907, Mr A S Gordon reported to the Committee that: A class had been formed by the members to be known as Sea View Mermaids, with four boats being built at Woodnutts Yard in St Helens. His report was received and adopted, and in the following year the IOW County Press reported a race for Sea View Mermaids with seven entries. Gaff -rigged, with bowsprit, spoon bow and a long boom, their slim lines and long counter represented the peak of Edwardian yacht design and development.

Around this time, the Club was persuaded to run the first races for dinghies. Initially the fleet consisted of a motley collection of different sizes and sail areas, with races run on a handicap system. But they did attract many dinghy helms into the club - in particular women - and the Handicap Class has endured to this day.

During the Great War, all sailing activities were curtailed by the order of the King and the Club became mainly a social centre. In early 1921, the owners of the original 1907 Mermaids felt it was time to replace the design with a more modern boat, and commissioned Alfred Westmacott, the head of the Woodnutts Yard in St Helens, to design and build them.

Most of the old fleet were sold to the Medway Yacht Club in 1921, and the following year a new fleet of Mermaids was in the process of being built. The boats were 24ft overall, with a 6ft beam, Bermuda-rigged and carrying 250 sq ft of canvas with a small spinnaker hoisted inside the forestay - and with hulls of all different colours. Two of the 1907 designs are still owned by members of the Club one is the original Halluf II, and the other is a 1994 build called Mizpah.

In August 1929, General Brooke proposed that the Committee recognize a new dinghy class with: The name to be the Sea View Yacht Club Dinghy Class, and the Club will give facilities for the starting and conducting races from the Club deck, provided that the Dinghy Class pay expenses for cartridges and other things. The proposal was carried unanimously.

The real drivers in the formation and development of the early dinghy class were the first Captain - Major Gordon Fowler - and the Vice Captain and Secretary - Lt Commander Norman Ohlenschlager. The first race between seven boats took place on August 1, 1931. They were clinker-built, 12ft overall with a centreboard and a Bermuda-rigged mainsail and foresail. They were built by Feltham of Portsmouth and originally cost just under £30 - complete with cushions, bailer and anchor. At this time a complete suit of cotton sails could be purchased for around £3.

There were also several non-design boats which raced on handicap, and by the end of that first season there were probably a dozen new boats in the water and out racing. The new class continued to thrive and by the end of 1932, 30 dinghies had been built, or were in the process of being built.

At the AGM of 1933, due to increasing membership numbers, it was agreed that the Club should take possession of the adjoining property, Miramar. Work started over that winter to combine the two properties and during 1934, membership rose from 199 to 300 people. The garden was concreted over in 1936 to provide what is now the outside deck, and the awning was added in 1956, when the club held its first ball.

In the summer of 1945, the Dinghy Class was back out on the water and Colonel Somers suggested to the Committee that the Club should buy the 10 Mermaids laid-up in Woodnutts Yard from their owners as a way for the Club to keep them all together. This showed remarkable foresight and all 10 boats were bought by the Club between 1947 and 1948 starting the new venture of the Mermaid Class as Club boats.

In 1962, the fleet was replaced by 10 new boats, built by Souters of Cowes specifically for the SVYC. The Club is the sole Class Authority, which gives the huge advantage of being able to introduce modifications at will and ensure the boats are treated exactly alike - leaving skill rather than wallet size, the determining factor in winning races.

The Club celebrated its 100th Anniversary in 1993, including the building of the Centenary balcony. The following year the first of the fourth generation of Mermaids was built from fibreglass, with the mould taken from the wooden hull of Scuttle. The new Miranda was launched on October 1, 1994 with another 11 boats joining her over the next six years. A fleet of 14, joined by two older boats, now regularly sails during Cowes Week.

The Clubs summer RYA-approved training programme as grown phenomenally from a humble start in 1985.   that takes place every summer. The Academy now offers over 1,000 training places a year to beginners and experienced sailors in boats of all shapes and sizes.

The other major building project was the replacement of the Club staging and slipway in 2015, which doubled the size of the staging and pushed the slipway much further out past the low-water mark.

The Club acquired a long-term lease to the Duver Dinghy Park in 2017, and a hole in the wall funded by members was built to ensure easier and safer access to the sea. More recently, a charitable trust - the Seaview Schools Sailing Programme - was created to allow the Club to offer free sailing lessons to local primary school children, providing over 1,000 pupil sessions a year.

The Sea View Yacht Club of the 2020s now has more than 1,800 members and is thriving both on and off the water having come a long way since those humble beginnings more than 125 year ago. 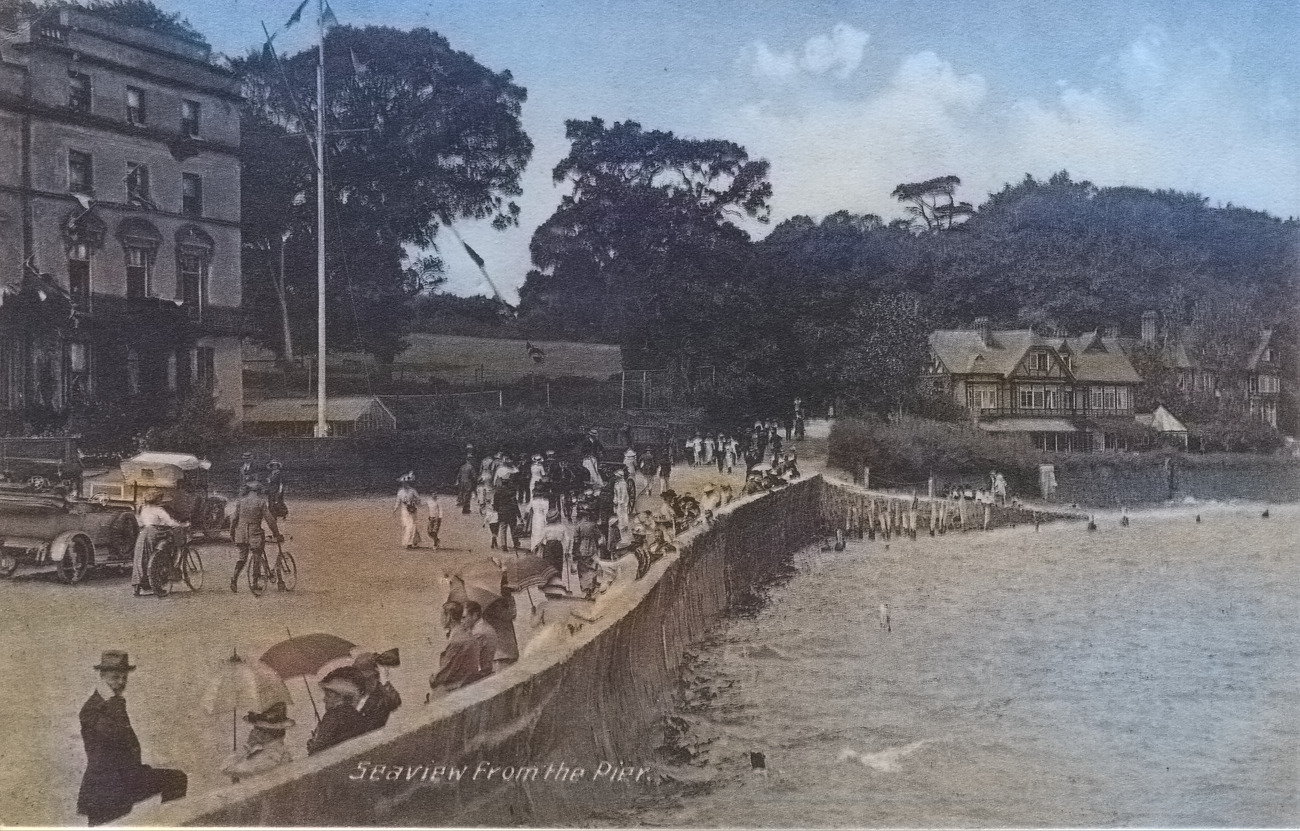 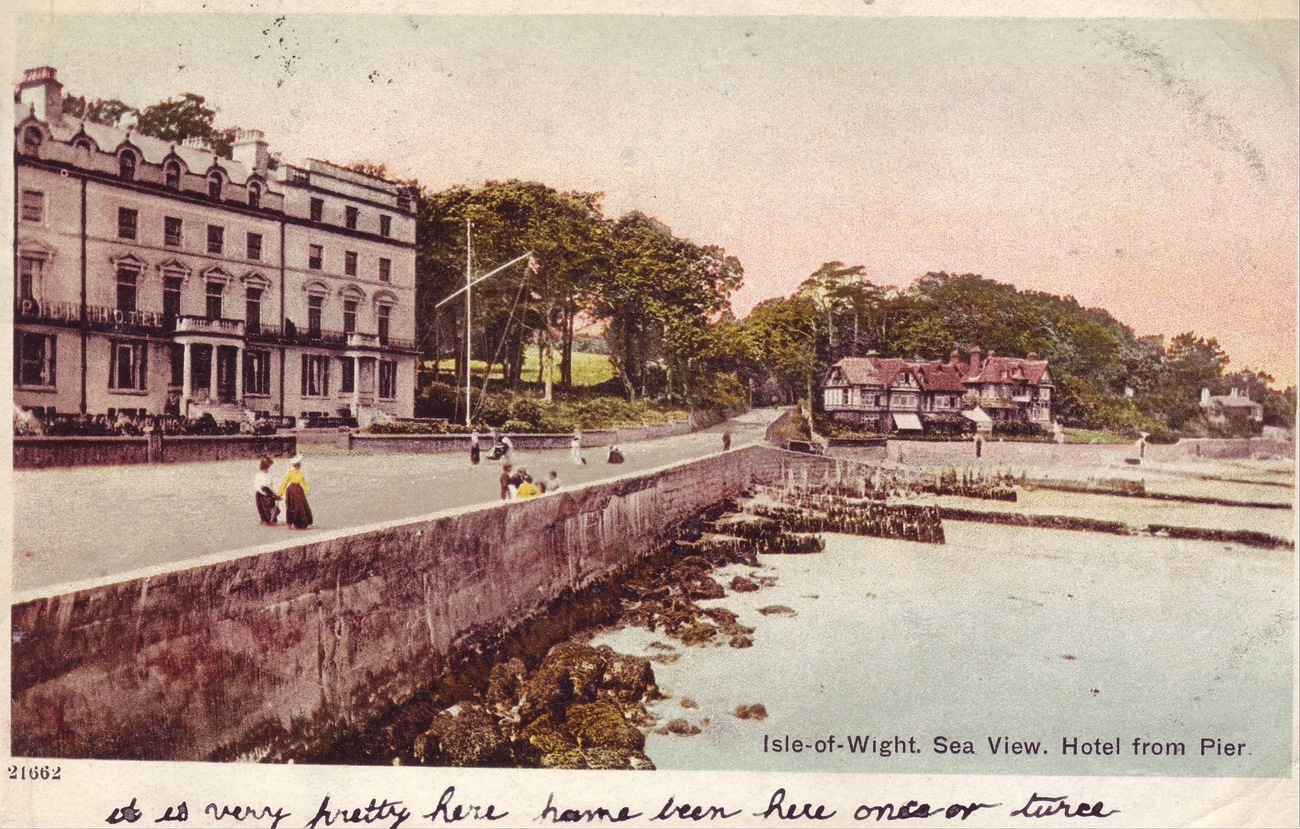 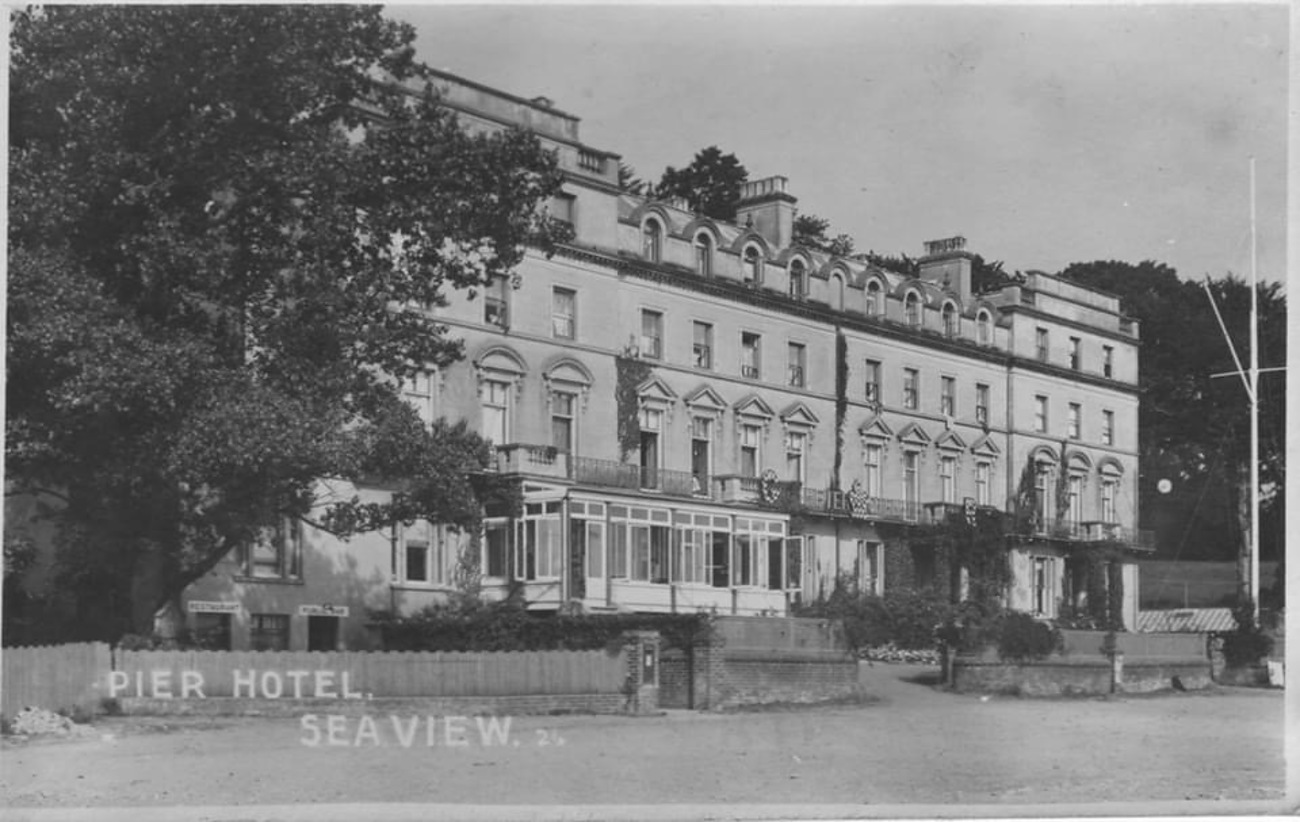 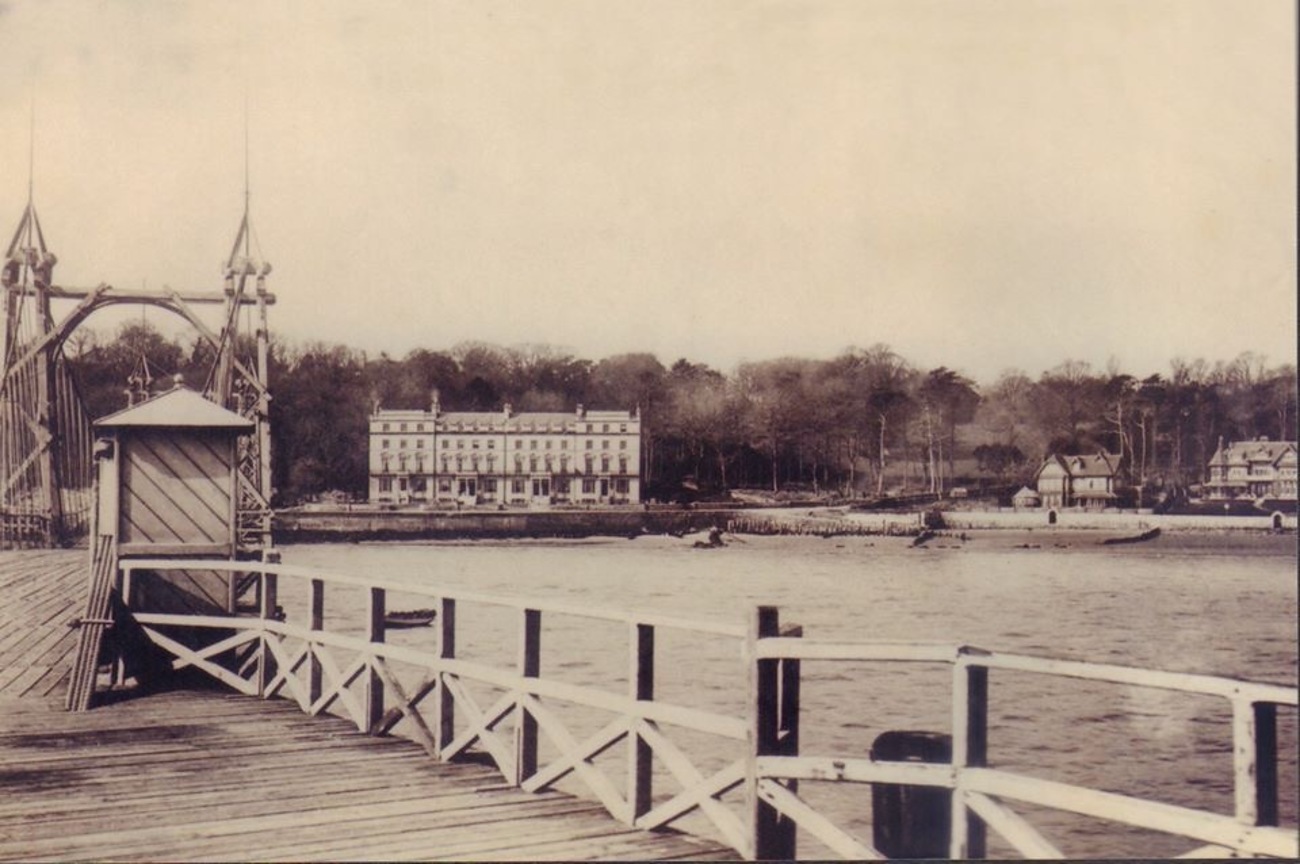