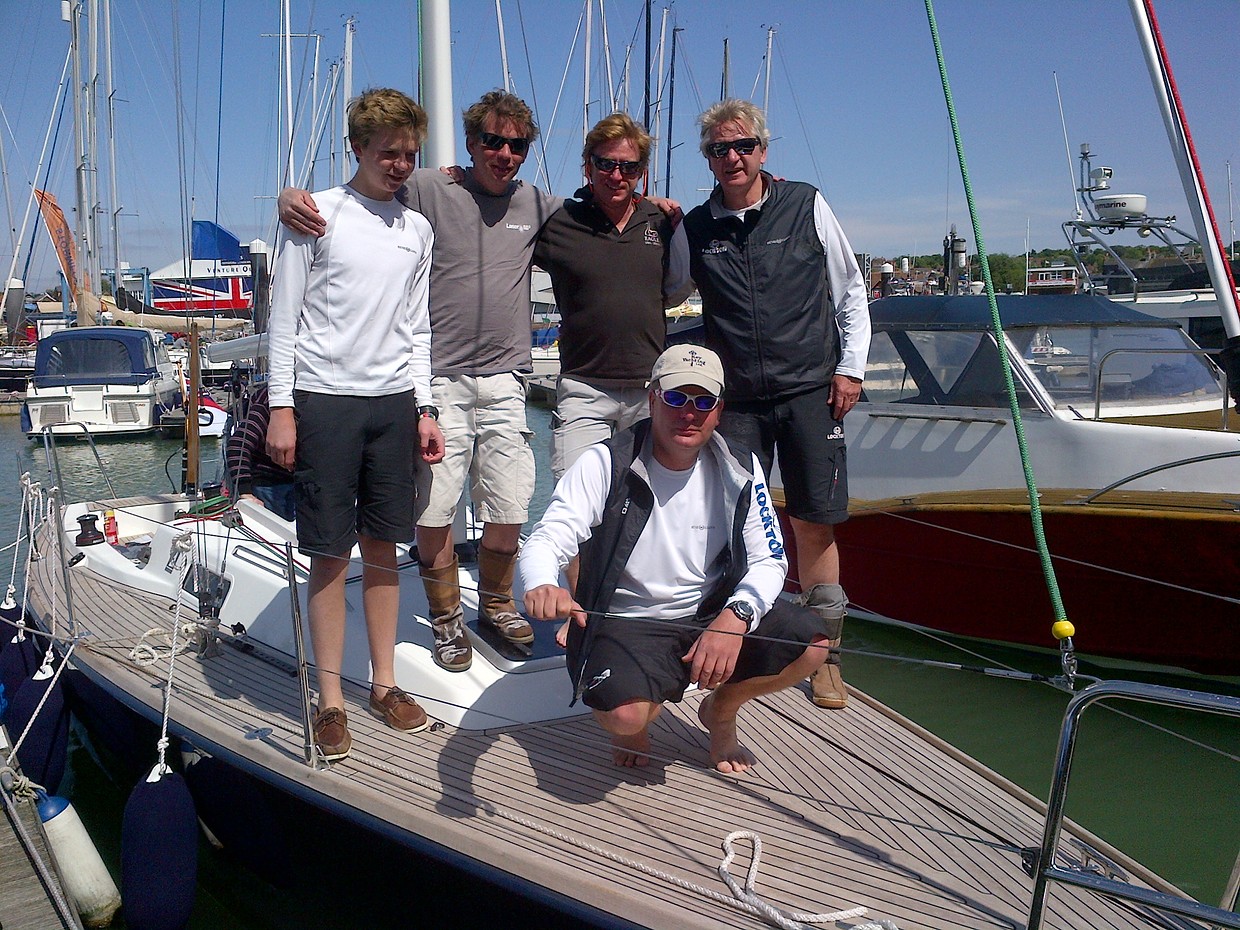 Thunder Squall takes both line honours and the victory on corrected time in Class 5 for the RTI.

Thunder Squall is a new J100 owned by Julian James (RYS). Thunder Squall was out in her first race, it was also Hugo’s first Round the Island, for the rest of the crew there have been many attempts on a victory!

After a rather indifferent start they were in the middle of the line in the most favourable tide but with a tight reach all the way up the Western end of the Solent. They pushed the boat hard to get nearer the front before turning at the Needles. They made their race on the kite run from the Needles to St. Catherine’s staying out to sea where they had a consistent 17-22kts of wind driving the boat hard the whole time.

They turned the corner at Bembridge Ledge having already caught a large proportion of the J109 fleet and the two other classes in front. They worked the Seaview/Bembridge coast line hard to stay out of the tide and kept their speed all the way to the finish line in 7hours 19 minutes and 7 hours 20 mins on corrected.

Congratulations to all those who took part in this year’s Round the Island.