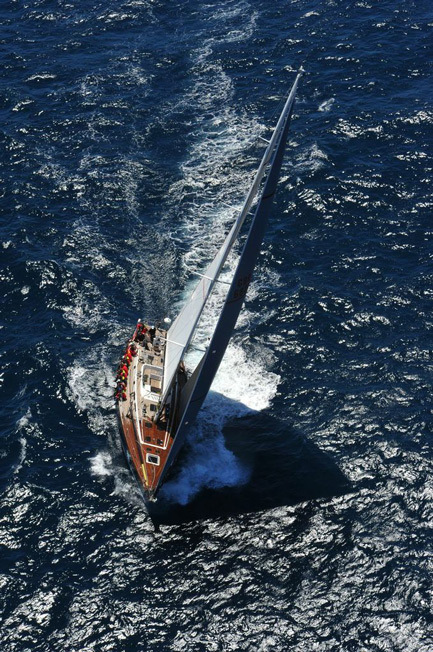 The 69th Rolex Sydney to Hobart race; open to monohull yachts from 30ft to 100ft, took place in a real mixed bag of weather from very light, shifty winds and flat seas to gusts of 49 knots and very large seas on the final day. The race started at 1300 on 26th December in Sydney Harbour and took the yachts south approximately 625 miles finishing in Hobart, Tasmania.

SVYC member Richard Dobbs, owner of Titania of Cowes, a Swan 68, put together a crew of 18 to take part in the 2013 race, including Nick Hewitt, our stalwart Head Boatman. Titania successfully completed the race in just over 3 days.

The photograph above was taken in the final few miles into Hobart as the boat passed a section of the coast known as “The Pipes”.