A History of the Seaview Mermaid Class 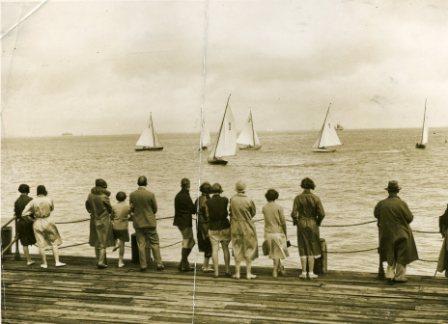 There have now been Mermaids in Seaview for over a century, with the class currently in its fourth generation of design and boat. Each design has been broadly similar: open keelboats; the original gaff rigged boats being built in 1907. These were superseded in 1922 by a new Bermudan rigged Class designed for the Club by the famous Alfred Westmacott. The story goes that Itchenor Sailing Club wanted to build more of these Mermaids but Sea View refused permission. Itchenor then commissioned Westmacott to design a bigger and better version these resulting Solent Sunbeams are still very much alive as a class today.

All the 1907 and 1922 boats were originally privately owned. In 1945, at the end of the war, Colonel Tony Somers suggested the Club should purchase the ten Mermaids which had been laid up since 1939 - from their owners, so they would be available for all Members to sail. He also arranged for his regiment to charter them for their annual regatta. Thus, the tradition of Club-owned boats and chartering has been in existence for over 70 years.
In 1962 the fleet was replaced by 10 new boats, designed by Arthur Robb and built by Souters of Cowes specifically for the SVYC. The Club is the sole Class Authority, which gives us the huge advantage of being able to introduce modifications at will and ensure the boats are treated exactly alike. Racing results are therefore determined by skill and not the size of the owner's wallet!

The 1962 hulls were made of cold-moulded Makore plywood, superior to the fibreglass of those days, but rather brittle. By the early 1990s all the hulls looked like patchwork quilts beneath their coloured paintwork. The fittings had never been updated and spinnaker handling involved packing the sail in a bucket which then had to be clipped to the bow fairlead - an exciting chore which frequently resulted in the bucket being hoisted. After some experiments, members were invited to try the first modernised boat during Easter 1993. As a result, it was then agreed to update the remaining nine set-ups.

Professional advice was sought from the yacht designer David Thomas who believed one of the old hulls, with their characteristic Arthur Robb chicken breast bow, when suitably faired and finished, would serve adequately as a plug. Scuttle No.1 was selected as the least battered. In fact, when stripped back she was as full of patches as her sisters. 30 years earlier, Barry Stobart-Hook had been the first person to hole a Mermaid by hitting the Warner Channel Buoy. Despite every effort, slight traces of this damage found just under the port bow - were transferred to the mould and subsequently to each new hull. You can read more about the Classic Mermaid history here. 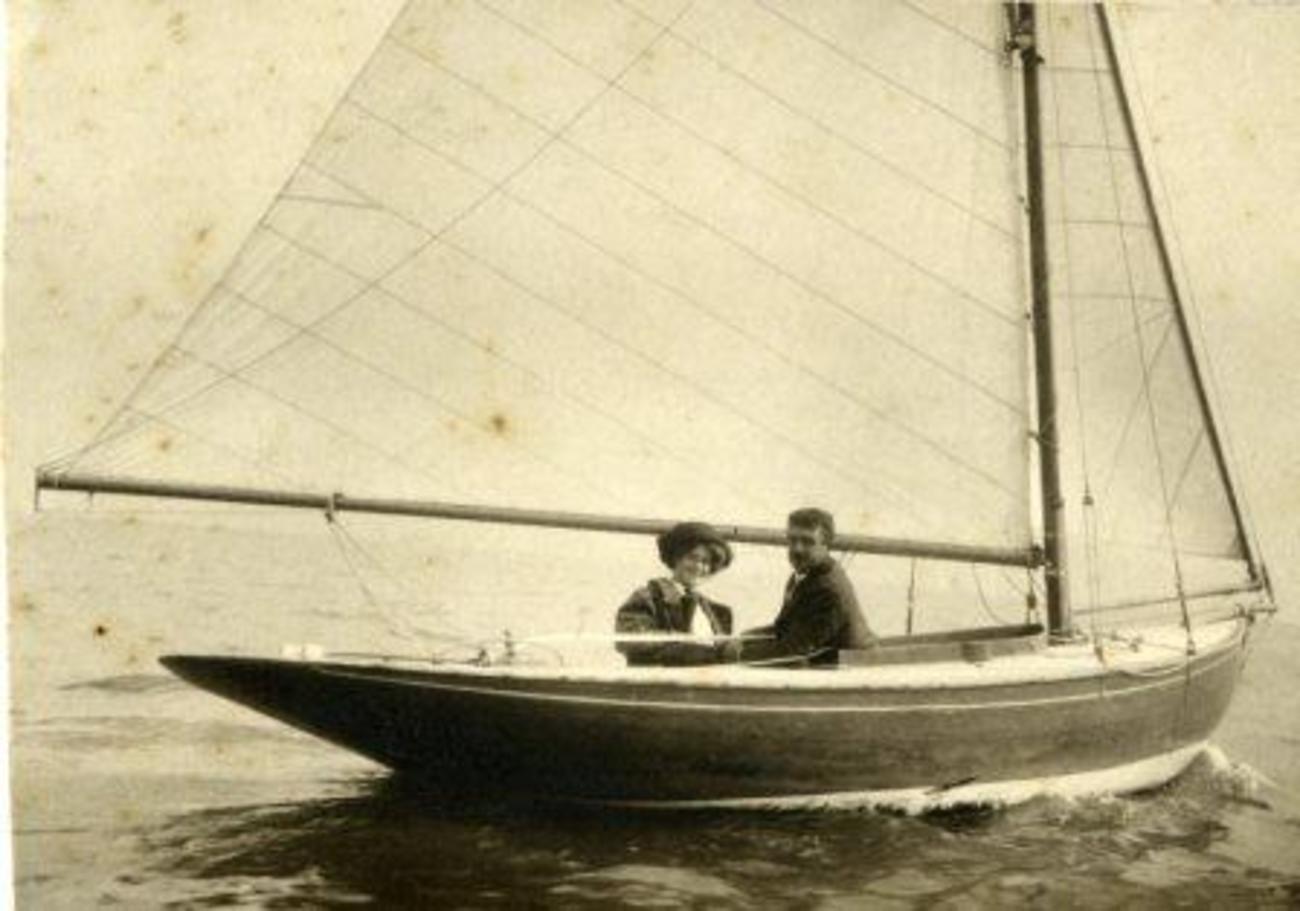